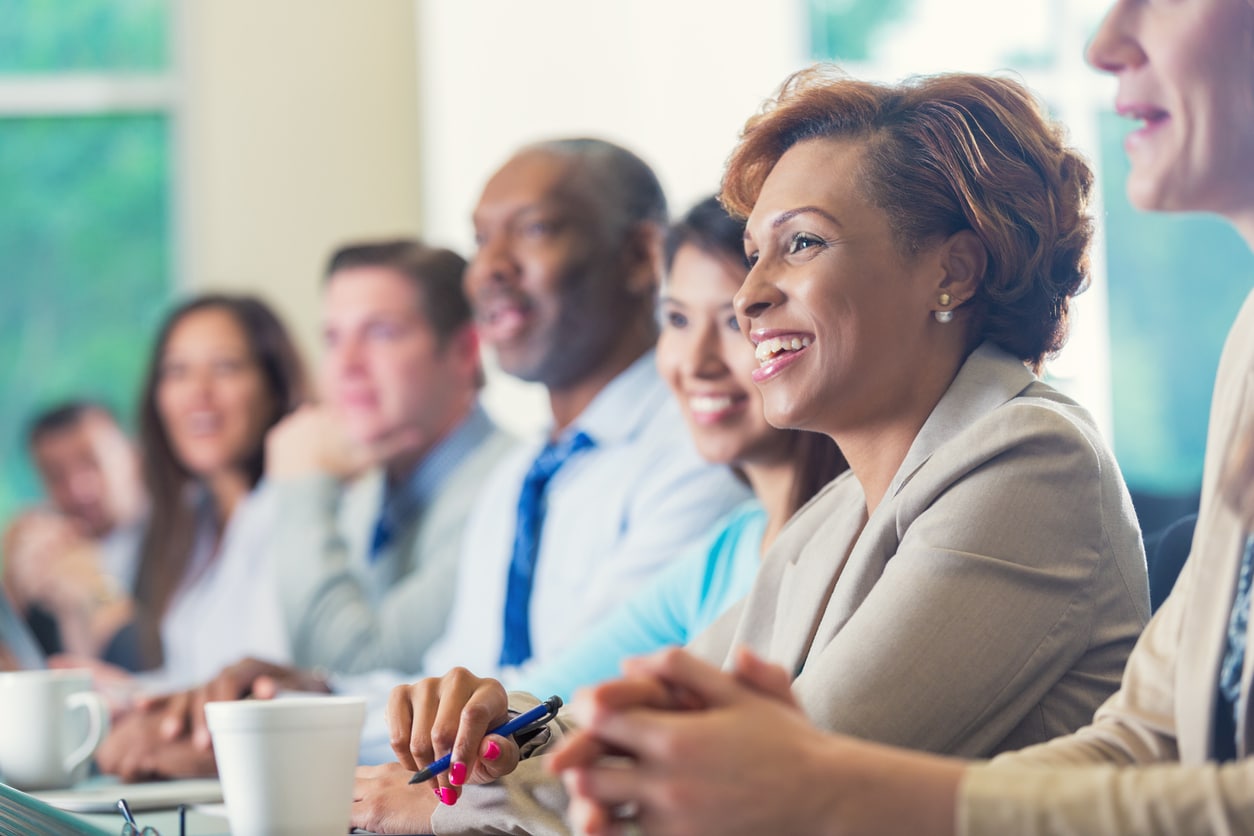 In today’s social media-induced world of likes, shares and tweets, it’s easy to be seduced into believing that just because you’re standing in front of an audience, you automatically have their undivided attention. The reality is, every single time you address a group, you are auditioning. It doesn’t matter if you’re the company’s CEO, senior partner or some other version of the Top Dog. Competition for your audience’s attention is fierce and when it comes to ignoring presenters, they don’t discriminate.

While you’re standing there talking, your audience is undoubtedly asking themselves two questions: how long is this presentation going to last and what’s in it for me? As if that hurdle isn’t high enough, once you get their attention, you still have to compete with their random thoughts . . .  did I reply to that text message; did I turn off the iron this morning; and, of course, we can’t forget perpetual musing about sex, which is said to flash across the human mind every 70  seconds. Notorious for short attention spans and outrageously high expectations, today’s audience is nothing like the audiences of old; old school courtesy is dead and they won’t even pretend to be interested if you don’t give them a compelling reason to listen. Instead, they just pull out their phones.

Whether you’re speaking to a group of one or one thousand, at your presentation’s two-minute mark, your audience makes a simple binary choice ― stay, meaning they continue to give you their undivided attention, or go, meaning they head for the closest mental offramp.

For this reason, your first job as a presenter is to use your opening to grab your audience’s attention. Here are the four simple ways to make sure that your presentation doesn’t end at the beginning. Immediately following each method is a sample of an opening I’ve used when speaking to audiences about how to give more clear and compelling presentations.

“Seven out of ten speakers that I’ve coached over the years readily admit to some degree of fear when it comes to public speaking . . . but two of those people lied, bringing the number up to an astounding nine out of ten! And if you’re curious about the guy who had absolutely no fear of public speaking; trust me, you wouldn’t want to meet him because there’s not a doorway big enough for his ego to fit through.”

I’ve used that opening for audiences made up of inexperienced speakers who openly expressed their fear of public speaking.

I use this opening for highly intellectual groups with experienced speakers. My goal is to pique their curiosity and make them lean in to hear my justification for my statement.

“Pericles (ancient Greek statesman) once said . . . ‘He who cannot communicate his ideas stands at the same level as he who has no ideas.’”

I’ve used this opening for highly analytical crowds like engineers. This shocks them into considering the importance of being able to properly communicate any idea.

Finally, my favorite and go-to for opening a presentation is story . . .

“I got my very first public speaking lesson at the tender age of nine. As a result of that experience, I nearly died. It was the Easter play, which took place in my hometown of Norfolk, VA at the First Baptist Church Logan Park. After studying my lines for weeks on end, by the time Good Friday, the day of the play, rolled around, I could recite my part backward. Once the play got underway, I was called on to the stage about 20 minutes in. I’ll never forget walking from the annex into the sanctuary and looking over that huge crowd of about 25 people. As I went say my first lines, ‘Jesus, Jesus’ —nothing else would come out. I went completely blank! I immediately started sweating and then I felt this warm tingling sensation moving from the tips of my toes to the top of my head. My eyes began to blur and all of a sudden, I heard a voice . . .”

If this story has done its job, the audience is really curious about how it ends. And that’s exactly how you want them to feel ― infinitely curious.