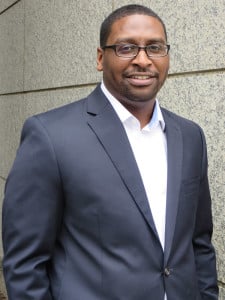 It started in the fourth grade when my teacher, Mr. McGowan, said “class, take out your math books; today, we learn word problems!” This was the first and last time math made my ears perk up. When I realized that word problems involved numbers, I quickly reverted back to hating math. From a very young age, I knew my strength was words. Ironically, I credit math for shaping my destiny. As Mr. McGowan held our hands through those first few word problems, he said something that has stuck with me for my entire life. “Words are your friends! Get clear on the words and you can solve any problem.” I took that literally and became obsessed with word clarity. To pass time, I would manipulate word combinations just to see how many different ways I could say the same thing. Little did I know, 25 years later I would become a speech writer and coach who helps Thought Leaders solve their word problems and deliver indelible presentations. I guess the old saying is true, you become what you think about. ~ Dez Thornton

Dez Thornton is a Communications Expert who helps Thought Leaders say the right words in the right way when they matter most. An idea enthusiast with a knack for transforming the complex into the simple, Dez has an uncanny ability to inspire action through story. Whether speaking to a group, looking into a camera or connecting one on one, Dez is completely convinced that the cornerstones of communication are confidence, clarity and connection. When perfectly blended, these qualities epitomize the Polished Presenter, one who turns presentations into illustrative conversations.

At the tender age of nine, Dez forgot his lines in a church play but he never forgot the embarrassment and humiliation that followed. To help you avoid the same fate, Dez’s enduring objective is to transform communicators from self-conscious to self-confident by adding structure and story to their presentations.