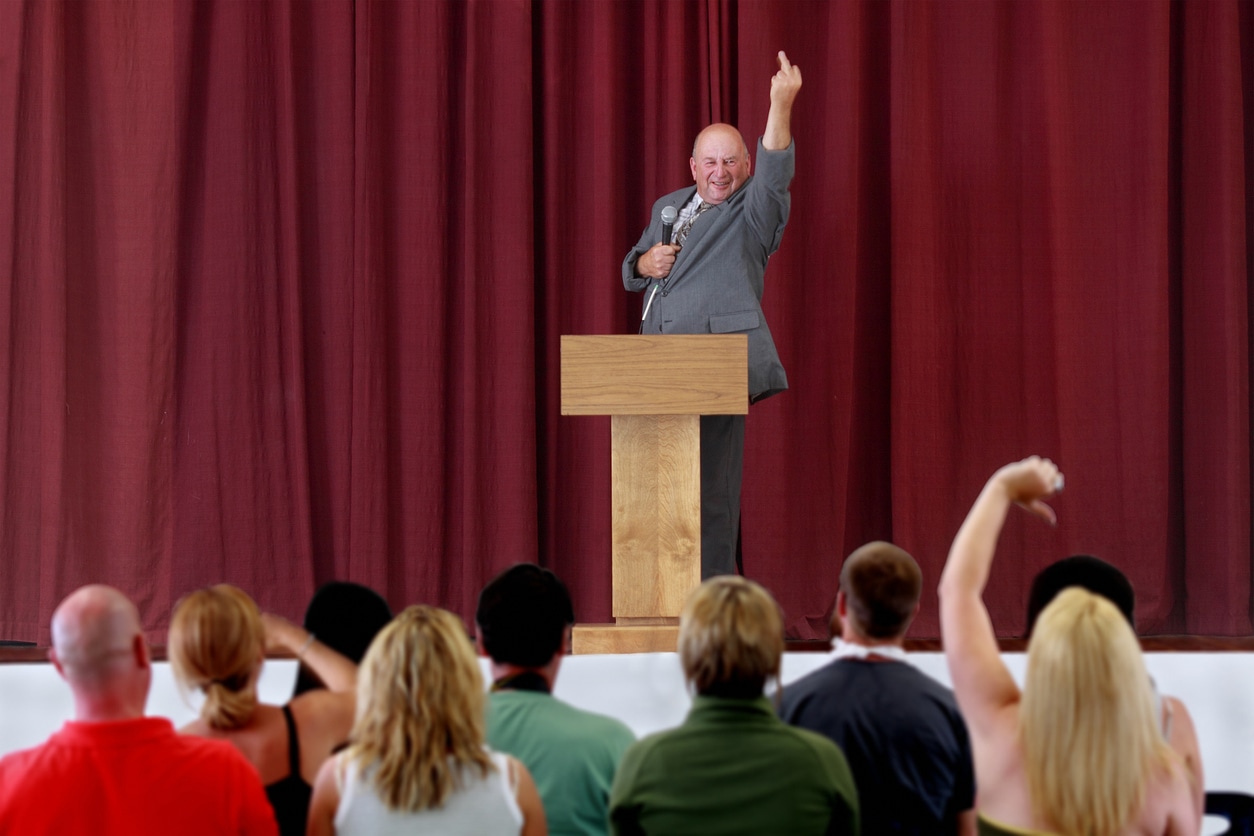 If the number one fear of most speakers is drawing a blank in front of their audience, without question, being heckled is a close second. I’ve had the privilege of working with many speakers who know their subject inside out and even they worry ― “what if someone asks me a question that I don’t know the answer to?” My response is always the same; if they are asking you about something you should know, shame on you. However, if they ask an esoteric question, the answer to which no reasonable person would be expected to know, the appropriate response is some version of, “you know, that’s a really good question, one I’ve never thought of before. I’ll get you an answer after the presentation and get back to you.” Of course, you’re thinking all the time . . . what a dumb question! As long as you keep your word and get back to them, no harm, no foul.

Being asked a question that you don’t know the answer to is one thing but when someone won’t quit with their questions or comments, that’s a whole different story. You shouldn’t give too much thought to why people intentionally attempt to derail presentations. Their motivations can range from wanting to prove how smart they are to sticking a target on your back  just because you’re the person in front of the room. In any case, if you feel an audience member is attempting to pull a coup, you need to quickly gauge their motivations and be prepared to respond in kind.

Let’s paint with a broad brush and say that anyone who veers outside of “normal” questions and comments is a heckler. We can generally fit them into three categories. Let’s explore them from least to most aggressive and talk about how you should respond.

The objector is usually a well-intentioned person who is naturally curious. When they question or contradict what you’re saying, it’s usually done in a manner that’s respectful. However, it can sometimes be annoying, particularly when they ask questions they clearly already know the answer to. Your best strategy is to respond succinctly, with a sprinkle of “we all know you’re a genius” on top.

The antagonist is the questioner whose comments could go either way. You usually feel a bit uneasy when they have you in their sights because they could raise the level of hostility at the drop of a dime. Successfully dealing with these types requires a two-step process. First, attempt to play to their ego with a statement like, “that’s a really sound idea for us to consider but for the sake of the audience, let’s not splinter off into a different direction.” If that doesn’t work, advance to step two, which is to lightly step on the toes of the antagonist in the name of time. That would sound something like this: We have a lot of information to cover in a relatively short period of time; we need to keep the discussion on track so that we can cover everything.

In the case of this audience member, the name says it all. This person is clearly an adversary and their goal is usually to ridicule and embarrass you. It’s mainly political speakers and advocates who have to deal with this type. Although it’s easier said than done, the key is to stay in control without going on the offensive, keeping in mind that you can’t fix crazy. In my experience, your best defense will be your audience. More times than not, they will not tolerate disrespect of the speaker because it reflects poorly on them as a group. However, if all else fails, you can always ask the fool to leave or have them removed. One thing is for certain ― when you’re dealing with a bleeping idiot, you will know it.

In sum, don’t approach your audience as if they are out to get you. Take a moment to discern who you’re dealing with and be prepared to respond in equal measure. Confidence usually equates to control in these situations and you should feel empowered because, as we like to say in the speaking profession, he or she who has the microphone always has the last word.